Good going guys. Berg is skilled at presenting complicated things simply. She doesn't borrow any established mythology for her demons and demon hunters, everything is original to the books. And yet I never had any trouble following it or keeping things straight in my head.

Plus, it was very cool, which always helps. I also felt that the various races in the books didn't model "real" cultures too heavily, which was a refreshing change from most fantasy novels I read. The premise is what grabbed me first though. As a slave Seyonne, who used to be the best demon killer, focuses solely on the present as a way of surviving his slavery.


Then he ends up being purchased by Aleksander and noticing, against his better judgement, that Aleksander has some seriously bad ass demon out to get him. Does Seyonne remain true to the precepts he grew up following, or will his hate get in the way? The main thing that kept striking me over and over as I read these books is how well done the friendship between Aleksander and Seyonne is. All too often in books if a relationship between two characters is focused on it will inevitably become romantic in nature. True friendship is a rarer best, and I think one harder to pull off. But Carol Berg does it in this trilogy and I was mightily impressed.

Both characters change considerably over the course of three books, and for the most part Berg does not take any easy routes. It's not until we reach the very end of the trilogy that I felt things got a little too neat and rainbows, but I probably only noticed it because she'd been so unflinchingly realistic up until then.

I mean, odds are a man enslaved for sixteen years is not going to able to fit neatly back into his old home. Odds are childhood sweethearts are not going to live happily ever after. There are certain things we're used to seeing in fantasy novels, certain ways that things tend to play out, but Berg rarely follows convention. Although please note that while she didn't pull any punches, these books by no means fall into the category of dark fantasy. I don't know how she pulled it off, but all those "dark because dark equals reality yo" authors might benefit from checking these books out.

And there's one last things I want to give Berg props for. You might think as I've only mentioned Seyonne and Aleksander that these are dude heavy books.

Not so! The supporting cast is large and populated with fleshed out three dimensional people and demons and her female characters in particular were very well done. Now all props aside I will say that as enjoyable as I found this trilogy, I felt there was a lot of potential that wasn't realised as well. By the end I felt there were just too many things going on at once, and some story lines were seriously neglected or too hastily wrapped up.

But despite that, as embarrassing as it might be to be seen reading a book with such an awful cover, I really think you should give this trilogy a try. 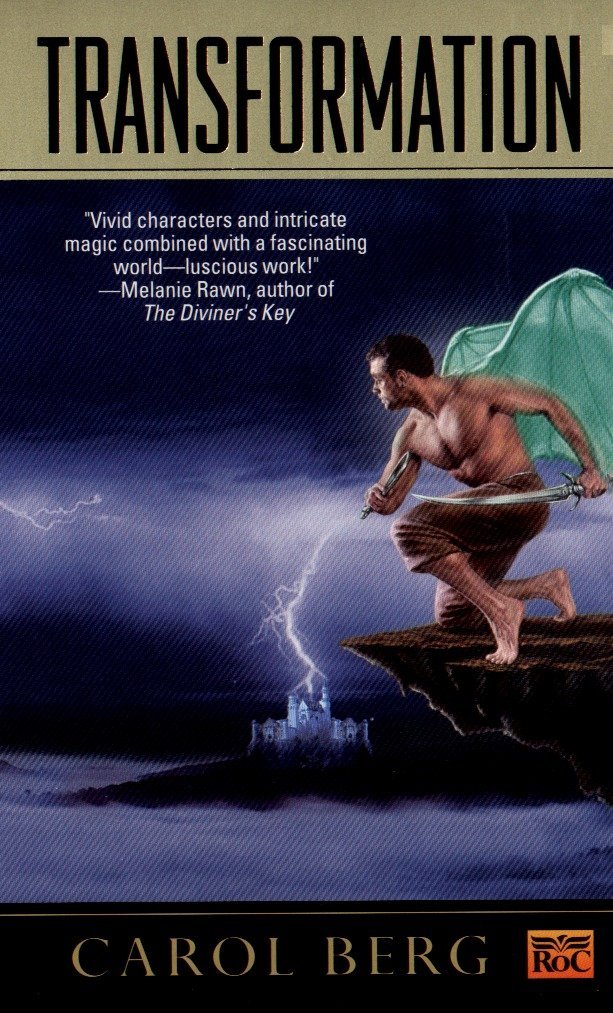 View 1 comment. I loved this story. She shows rather than tell the story, which is voiced in first person, and only in retrospect I can see the meticulous work behind the structure of the book, what makes all the ingredients of a tale —writing style, characters, settings, situations, emotions and plot — merge into something unique. The main characters and most of the secondary ones are well-rounded, the top-notch prose reels off scene after scene with endless abandon, and I was glued to the story.

The rhythm is impeccable, with a slower start and then a skillfully structured denouement, full of action and twists: straight reading delight. Considering the base material I was kind of impressed, too. In different ways, both characters are emotionally flawed, and their interaction is one of the most captivating aspects of the book.

Though, at the beginning, I was not favorably disposed toward them. Particularly about a protagonist who is already a slave, one who has learned to accept his condition and the fact some people relish in holding others, physically and psychologically, in their thrall. When caught, Ezzarians like him undergo a cruel rite which deprives them of their inborn sorcery.

After the first years of fetters, he gives up all hopes and his very self in order to survive; he adapts, heedless of past and future, a broken, branded thing. Even if he were to escape, he would be dead in the eyes of his countrymen as a corrupted one. His disposition and actions are defined by his being a fallen demon slayer and a slave combined with a complex cultural heritage, and he consistently develops throughout the story.

There was still blood inside me. That was about all that was left. Slaves are just commodities, sometimes valued ones, but just to assert a property claim. He thinks nothing of inflicting painful punishments, of killing, maiming and destroying. His whimsical nature makes him complex and contradictory even if he is very sure of himself, and he, too, consistently develops throughout the story; his faults are not just for show. Not my picks for MCs of the year.

So, with such framework at large, at least for me, you have to be an astounding storyteller to pull it off. Berg neither trivializes evil nor goes for shock value, and she treats the topic of traumatic bonding with care. There is ambivalence, and like in real life, people can fall one side of the edge or another, change their minds, switch alliances, make mistakes and recognize them or blind themselves and stick to pride Berg really knows how to weave a story. View all 6 comments. Sep 03, Marilyn rated it it was amazing Recommends it for: Anyone who likes the fantasy adventure genre.

Recommended to Marilyn by: I stumbled onto it by accident. Carol Berg has not yet written a book I didn't love. Her books are full of cruelly treated souls with ultimate deliverance. Although her books rarely end in tragedy at least not universal tragedy , you cannot count on an entirely happy ending either. You can be reasonably sure your favorite people will survive, but they may sustain significant damage, mental and physical, on the way.

The common denominator of her heroes and heroines is that they've suffered. Sometimes, they know why, sometimes Carol Berg has not yet written a book I didn't love. Sometimes, they know why, sometimes not. Sometimes the real reason is cloaked and only discovered very late in the story. All of her primary male characters are unjustly persecuted. Injustice is a dominant part of the plot of the "Rai-Kirah" trilogy and also Ms. Berg's other series. In brief, there is a great wrong that must be made right and her hero es is are the man men to do it.

Who must do it. In this series, the hero and his persecutor evolve. Each must learn to trust and forgive the other.

Get Your Free Audiobook

In the process, both transform. They save each others' lives multiple times and their lives are intricately interwoven. The developing relationship is often deeply touching. Two people of the same sex who love one another are not necessarily homosexual. In my world, we call it "friendship. I know there are reviewers who seem to have a problem with this concept, so I advise them to cultivate some new and deeper relationships with members of their own sex.

Drinking beer and watching a game is not necessarily the highest form of friendship. In this series, hatred, bigotry, ambition, politics, greed Characters endure the unendurable without explanation or comfort; one could easily draw an analogy to Job. Carol Berg never sets her stories in our "real world," and no one belongs to any modern religion. But they are all believers; no atheists in her books. They believe in their Gods and within the limits of their devastating sufferings, they never question their deity's existence, only why they have been abandoned.

A Carol Berg hero or heroine has suffered terribly, lost everything, but survived somehow and he, she or they will nonetheless, against all odds, save the world. This trilogy has two main characters who save each other as well as the world. Transformation turns a selfish, cruel monarchs into a compassionate human being. Fortunes reverse. The slave rises, the king falls, but all is redeemed.

More or less. There's plenty of action. The writing is intelligent and the author doesn't take the cheap way out of situations. Plots are not afflicted by "deus ex machina" issues. While there is magic in the world, magic is not the all-powerful force it is in other fantasy worlds. Carol Berg's magic is powerful, but limited.

It works, but so do weapons. The ability to wield magic never confers invulnerability.

As often as not, whoever wields the magic pays dearly for it. I hope Ms. Berg will publish more very soon. I don't know why her books are not more popular.